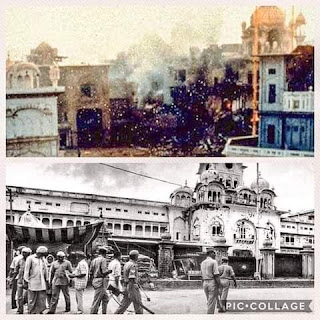 On this month in 1984, the Indian Army launched Operation Blue Star: A coordinated assault on Darbar Sahib, popularly known as the Golden Temple, and dozens of other gurdwaras throughout Punjab.

We continue to believe that this coordinated operation to decimate the community was an inflection point in modern Sikh history. In addition to claiming thousands of Sikh lives, it marked the beginning of a years-long campaign of targeted killings, mass mob violence, disappearances, and general repression of Sikhs by the Indian state. Those who perpetrated this violation and discrimination--and who perpetuate it, in varying forms, to this day--largely continue to enjoy impunity for their actions.