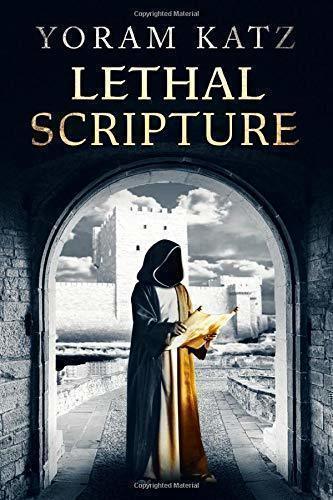 The quest for the old scrolls is on. The stakes are high. No one is safe.

France, 1798. Cavalry Captain Pascal de Charney is summoned by his father, Roland, before leaving to Egypt with Napoleon’s army. Roland wishes Pascal to perform a task for him.

Israel, 2010. Yossi Luria is an ex-cop turned private investigator, who still hurts over his dismissal from the police force. Jeanne de Charney, an enchanting Frenchwoman from Normandy, steps in to hire his services. She presents him with a batch of intriguing old letters from Pascal, which she has uncovered while searching in her family’s archives.

In a letter written from Tiberias, Pascal tells his father about raids in which he participated while in the Galilee. He also mentions Rivka, a Jewish girl from the city of Safed, the cradle of Kabbalah, for whom he has developed a passion.

Jeanne is seemingly seeking information about the mysterious Rivka. Eventually, she reveals her real objective: She is hunting for two lost scrolls, which Pascal appears to have obtained two centuries earlier.

But she is not alone in the race.

When murders from the past start catching up with the present, Yossi and Jeanne realize that the old mystery is lethal and continues to claim victims.

I received "Lethal Scripture" by Yoram Katz to review on my blog!
This is a book about many centuries or Kabbalist Christian and Jewish history. A story that features the standard murder plots. The historical parts of the books are very accurate and well researched.
The characters Jeanne De Charney and Yossi Luria are quite likeable. They make great discoveries of the history of the documents they have. Jeanne is a member of a very royal family that's been around since 1066 in England. Yossi was a former detective that was forced out of his job. He decides to act as a private investigator. Jeanne hires Yossi to find some sacred scrolls.
A very interested blend of mystery, history and conspiracy theories.
An excellent book to read for fans of historical stories.

If you are interested in this book,check out the link below:

http://www.amazon.com/gp/product/B089LDFTG6
Disclaimer: I received one or more of the products or services mentioned above for free in the hope that I would mention it on my blog. Regardless, I only recommend products or services I use personally and believe will be good for my readers.