Memory Is Our Home by Suzanna Eibuszyc BOOK REVIEW 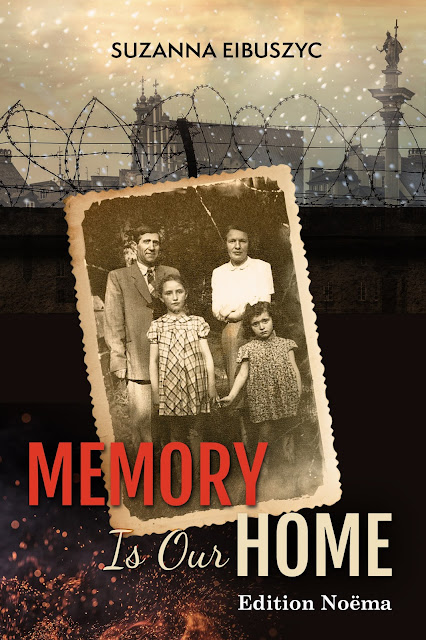 A courageous young woman escaping Nazi Germany, with no choice other than to leave her family behind…

Roma Talasiewicz-Eibuszyc was born in Warsaw near the end of World War I, the youngest of six children.

Little Roma grows up to become a striking, opinionated woman, but her life in its current form is about to change completely.

The first shots in World War II are fired when Hitler and Nazi Germany invade Poland, turning all the Jews of Europe into their targets.

In a decision full of resourcefulness and courage, Roma escapes Poland and leaves for Soviet Russia, in order to save her life.

At first, she believes she will be reunited with her family within a few weeks, but reality proves different. As time goes by, her flight broadens Eastward. And with it, the feelings of guilt and regret that would haunt her for the rest of her life, for having left her siblings behind.

Hello,readers!
I received "Memory is Our Home" by Suzanna Eibuszyc to review on blog!
Memory is Our Home is a historical memoir on a real life story about the author's mother Jewish life. The book is based on Roma Talasiewicz-Eibuszyc's diary. The writings were about Warsaw,Poland after World War II and how she was able to  survive in Uzbekistan and Soviet Russia. The journals are stories that the authors mother told her throughout her life. It was a way to tell her how her family had to make a new life after the Holocaust in Poland,during the 1960's.
A very well-written book! A great book to read for someone that is interesting in Holocaust stories.
I highly recommend it!
If you are interested in this book, check out the link below:
https://www.amazon.com/Memory-Our-Home-Suzanna-Eibuszyc/dp/383821482X
Disclaimer: I received one
or more of the products or services mentioned above for free in the hope that I would mention it on my blog. Regardless, I only recommend products or services I use personally and believe will be good for my readers.
- December 08, 2020