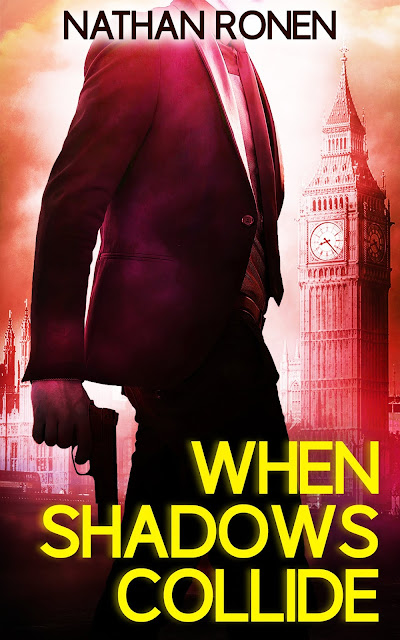 Betrayed by his allies, he knows that he can trust no one.

Arik Bar-Nathan is one of the most skilled field agents in the international espionage scene. Coming from a childhood in the slums, he has accomplished nearly every goal and is now head of the Caesarea Special Operations Division in the Israeli Mossad, and second in command of the organization.

However, for the first time in his life, things are not going exactly according the plan.

Despite having been assured by the Prime Minister that the position of head of the Mossad would be his, a harsh woman with a dark secret has been appointed to the role. In addition, Arik’s personal life begins to spiral out of control following a horrific accident in Paris.

But the worst is yet to come. An assassination attempt gone wrong in Morocco leads Arik into a fast-paced chase after the seasoned terrorist Ayman al-Uzbeki, but before long he realizes that his British allies have turned their back on him and are using him as bait in their game.

His life in danger, Arik knows that he can trust no one but himself to keep him alive. Now, more than ever, it is becoming clear that it is only a matter of time before an inevitable collision – one that is not necessarily with his enemies.

Hello,readers!
I received "When Shadows Collide" by Nathan Ronen to review on my blog!
Shadows Collide is an amazing spy thriller that will keep you engaged from start to finish.
The story is about a very skilled agent named Aril Bar-Nathan. He was born on the wrong side of the town. He grew into as a perfectionist in everything he does and the head of Caesarea Special Operations Division in Israeli Mossad. It seems like things start to fall apart for him and not turning out as planned.
A mysterious woman with a secret has taken his lead position of the Mossad. His attempt at assassination went horribly wrong in Morocco. All of his comrades have turned away from him now. He has to try everything to stay alive.
Very fast-pacing and filled with plot twists.
I always enjoy a great Mossad story!
I highly recommend it!
If you are interested in this book, check out the link below:
https://www.amazon.com/dp/B08P1CFDJY
Disclaimer: I received one
or more of the products or services mentioned above for free in the hope that I would mention it on my blog. Regardless, I only recommend products or services I use personally and believe will be good for my readers.
- December 07, 2020